Welcome to Day 1481 of our Wisdom-Trek, and thank you for joining me.

Hello, my friend, I am Guthrie Chamberlain, your captain on our journey to increase wisdom and create a living legacy. Thank you for joining us today as we explore wisdom on our 2nd millennium of podcasts. Today is Day 1481 of our trek, and it is Worldview Wednesday. Creating a Biblical Worldview is essential to have a proper perspective on today’s current events.

To establish a Biblical Worldview, you must have a proper understanding of God and His Word. This week, on our Worldview Wednesday episode, we will continue our study based on a course I recently completed taught by Dr. Michael Heiser. Our study is titled “Sons and Daughters of God: The Believer’s Identity, Calling, and Destiny.” Throughout this multi-week course, we will demonstrate that, in the Old Testament, “sons of God” and “holy ones” refers to supernatural beings whose Father is God and who work with God to carry out His will and that this divine family was present before humanity.

By fully engaging with biblical texts such as Psalm 82, Psalm 89, and Deuteronomy 32:8–9, our study will show that this divine family functions as a template for God’s human family. God desires of humans, as His imagers, to participate in His council. This study addresses issues such as polytheism, the nature of the (little ‘g’) “gods,” and the uniqueness of Yahweh. Within this study, we will apply insights to the New Testament texts and show how the metaphor of being in God’s family informs our sense of identity and mission as believers.

We’ve spent a lot of time talking about the sons of God in the Old Testament. We had telegraphed at the beginning of the course that we are paying attention to this family terminology because it’s going to provide a useful, intentional template for us to understand how God looks at His human family, His human sons, and His human daughters. They’re going to provide the sons of God, the supernatural ones, sort of a framework for us to think well theologically about ourselves.

We have already talked about the family terminology; we’ve talked about that there is a functional or a participatory idea with these supernatural sons of God in the Old Testament, and they participate with God in carrying out His will. So we’ve already learned things about their identity and their purpose. So we’re going to learn something about our identity and our purpose, our calling, and finally, our destiny. We will understand how we realize these things, how our status will lead somewhere ultimately, and how we fulfill our calling. Lastly, how we will fulfill the purpose for which we have been made in the future. Think back about the references to the sons of God in the Old Testament. We must think of them as a family and as coworkers to completely understand this point.

Yahweh Decides to Add Humans to His Family

Let’s go back to Genesis, because if we have these concepts in our mind when we read some key passages beginning in the garden of Eden, our relationship to them starts to come into focus. This concept will be part of the foundation for later as sons and daughters, children of God-language in the New Testament. Back in Genesis 1, in the very famous passage about human creation Genesis 1:26–28, we read this…

Then God said, “Let us make human beings in our image, to be like us. They will reign over the fish in the sea, the birds in the sky, the livestock, all the wild animals on the earth, and the small animals that scurry along the ground.”

Then God blessed them and said, “Be fruitful and multiply. Fill the earth and govern it. Reign over the fish in the sea, the birds in the sky, and all the animals that scurry along the ground.”

Now, what’s going on here? What we have is we have an announcement, a decree, a decision that has been made by God to create humans. He is now going to add humans to His family. We know from Job 38, where our course started, that He already has a family, a supernatural family, the sons of God, divine beings. This decree, though, is about something similar, but different. We are going to create embodied beings now, and that’s going to, again, inform why God is doing it and what His intentions are ultimately.

Introducing the Idea of Image

So let’s unpack some of these ideas. As we proceed, we’re going to be talking about the family relationship that God has with, not only His divine sons, His divine family, His divine children as it were, but His human children. We’re going to introduce a new term drawn from Genesis 1, that is, the idea of the image or imaging God. It’s going to be very important. It’s going to telegraph the fact that we are God’s coworkers and participants with Him.

So I hope you can see the ideas already. God already had a family. He is adding humans to the family now. The family He already had works for Him; they’ve been doing things. He’s going to add humans now, and humans are also going to (key idea) represent Him and work with Him to do a particular task. It’s a blending of divine family and an embodied family. This plan was God’s intention from the very beginning.  The same Creator makes both families, and they are both going to participate with Him in doing the things He wants to be done. 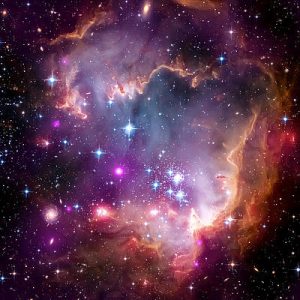 Genesis 1:26, the passage where humanity is created “in our image, to be like us,” telegraphs some essential ideas. Fundamentally, it informs us that humans were meant to be part of God’s divine family from the very beginning. You might say, “Well, how do we learn that?” Because as we’ve been taught to think about this scene, it’s just God, and then we have the creation of humans.

What I am suggesting to you is that God’s family, the family that already existed, the members of the heavenly host, are in the scene in Genesis 1:26. The plural language of the verse indicates this. We go back to Genesis 1:26. Just think about it then God said, “’Let us make human beings in our image, to be like us. They will reign over the fish in the sea, the birds in the sky, the livestock, all the wild animals on the earth, and the small animals that scurry along the ground.’

Plural Language Not a Reference to the Trinity

Most Christians, in my experience, have presumed that the plural language in Genesis 1 (“Let us make human beings in our image, to be like us.”) is a reference to the Trinity. I’m suggesting to you that it’s not; the plural is not pointing to the Trinity. You could ask, “Well, why not?”

Well, first of all, if you read the passage, there is no way to limit the plurality language to three, but I would say, even more fundamentally, it makes no sense for God to inform the other members of the Trinity about something He wants to do. The other members of the Trinity are coeternal, so they would already know; there is no point for God to inform them of anything, just none at all.

So we have sort of a theological disconnect there. What we have is God announcing His intention to a group, and that group is the heavenly host, the sons of God that were there before the foundation of the world, according to Job 38:7–8. The plural language, therefore, links God to them in some way and also to humanity. There is some linkage created by the fact that we have this plural language. We’re going to talk about that in a moment.

We also can’t lose sight of the plural language in Genesis 1:26, but then it switches back to the singular. Yes, we have “Let us make human beings in our image, to be like us,” but when the creation happens in Genesis 1:27, we read,

In other words, there is no sense that the rest of the members of the heavenly host help God out in human creation, that they played some role as co-creators. That is not the point of the plurality language. It has a reason (which we’re going to talk about in subsequent weeks), but it’s not that God needed help creating or that we have co-creators here.

Let me illustrate it this way: If I walked into a room—I am just one individual—and I said to everybody else in the room, “Let us go get pizza,” I have announced my intention to the group, but then we use my car. We go to the pizza place I choose. I pay for it, but everyone gets to eat. That’s essentially what’s happening here. There is one actor, God, who makes the decision and announces it to the rest of them, and they participate with Him. In a certain way, they get the benefit of it. They are part of what’s going on, but they don’t do certain things. In the case of Genesis 1:26–28, they don’t co-create humanity; the text is unambiguous there. Somehow, the plural language does link God, the members that He is speaking to (the heavenly host), and us (humankind). We need to take a closer look at that, which we will do next week.[1]

That will finish our study for this week’s Worldview Wednesday. Next week we will continue covering “Human Family as Imagers.”  Tomorrow we will enjoy our 3-minute humor nugget that will provide you with a bit of cheer and help you to lighten up and live a rich and satisfying life.  So encourage your friends and family to join us and then come along with us tomorrow for another day of Wisdom-Trek, Creating a Legacy. 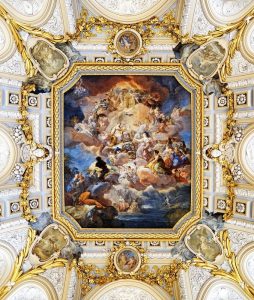 If you would like to listen to any of our past 1480 treks or read the Wisdom Journal, they are available at Wisdom-Trek.com. I encourage you to subscribe to Wisdom-Trek on your favorite podcast player so that each day’s trek will be downloaded automatically.

Thank you for allowing me to be your guide, mentor, and, most of all, your friend as I serve you through this Wisdom-Trek podcast and journal.