Welcome to Day 911 of our Wisdom-Trek, and thank you for joining me.

Thank you for joining us for our five days per week wisdom and legacy building podcast. Today is Day 911 of our trek, and it is Wisdom Wednesday. Creating a Biblical worldview is important to have a proper perspective on today’s current events. To establish a Biblical Worldview, it is required that you also have a proper understanding of God’s Word.

Especially in our western cultures, we do not fully understand the Scriptures from the mindset and culture of the authors. In order to help us all have a better understanding of some of the more obscure passages in God’s Word, we are investing Wisdom Wednesday reviewing a series of essays from one of today’s most prominent Hebrew Scholars Dr. Micheal S. Heiser. He has compiled these essays into a book titled “I Dare You Not to Bore Me With the Bible.”

We are broadcasting from our studio at The Big House in Marietta, Ohio. When I was young, I used to love playing in the dirt. Many times it was very evident as I did not hold to the saying that “Cleanliness is next to godliness.” Even today, I love to dig in the soil, to plant trees, and to tend a few vegetables that we grow. There is something about nature and digging in the soil that brings me closer to God. Today’s essay explores an interesting topic which is… 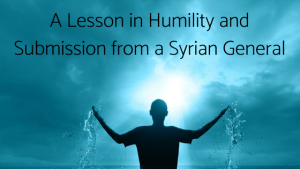 Elisha’s healing of Naaman the leper, commander of the army of the king of Syria, is a familiar story’ to many which is found in 2 Kings 5:1-27. Naaman hears that Elisha, the prophet of Israel, can heal him, so he makes the trip. When the two meet, Elisha tells him, rather dismissively, through his servant that he needs to dip himself in the Jordan River seven times. Naaman who is used to ordering his army around doesn’t take this well and prepares to go home.

At the bidding of some servants, he consents to dip himself in the Jordan. He is miraculously healed by the simple act after the seventh dip. The display of power, so transparently without sacrifice or incantation, awakens Naaman to the fact that Yahweh of Israel is the true God. Here’s where the story usually ends in our telling, but that would result in the omission of one very odd detail – what Naaman asks to take back home.

The core of this portion of the story is located in 2 Kings 5:15-19, so let me read that portion…“Then Naaman and his entire party went back to find the man of God. They stood before him, and Naaman said, ‘Now I know that there is no God in all the world except in Israel. So please accept a gift from your servant.’

“But Elisha replied, ‘As surely as the Lord lives, whom I serve, I will not accept any gifts.’ And though Naaman urged him to take the gift, Elisha refused.”

“Then Naaman said, ‘All right, but please allow me to load two of my mules with earth from this place, and I will take it back home with me. From now on I will never again offer burnt offerings or sacrifices to any other god except the Lord.  However, may the Lord pardon me in this one thing: When my master the king goes into the temple of the god Rimmon to worship there and leans on my arm, may the Lord pardon me when I bow, too.’” 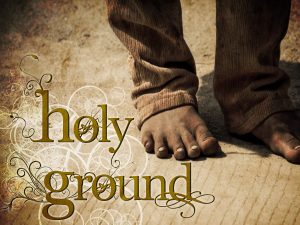 As we see in this passage, the elated Naaman returns to Elisha and begs him to take payment for healing him. Elisha repeatedly refuses. Finally, before embarking for Syria, Naaman makes a strange request: to load two mules with dirt to take back with him.

Dirt? I can think of a few favors I would ask of a prophet in a receptive mood, but dirt certainly isn’t one of them. The request is so odd that it’s hard to avoid wondering if Naaman needed some other kind of therapy. Why would he ask for dirt?

But Naaman was completely in his right mind. His request was found in verse 17 that we read, “From now on I will never again offer burnt offerings or sacrifices to any other god except the Lord.” The

dirt and Naaman’s new allegiance to the God of Israel are related. Naaman was a man with significant duties in his home country. He couldn’t stay in Israel, but he could take Israel with him. Why would he want to?

Naaman’s unusual request stems from the ancient, and biblical, conception that the earth is the locale for a cosmic turf war. Naaman wanted dirt from Israel because Israel was Yahweh’s territory. The dirt which is Yahweh’s domain is holy ground.

The idea of “holy ground’ is an important element of Israelite theology. This phrase is used when Moses is in the presence of the Angel of the Lord and the God of Israel at the burning bush in Exodus 3:1-5. It is also found when Joshua meets the Angel of the Lord in Joshua [5:15]. More broadly, the idea derives from Deuteronomy 32:8-9 as compared to Deuteronomy [4:19]-20, where we learn that when God divided up the nations at the Tower of Babel, they were allotted to “the sons of God.”

The nations of the world were, in effect, disinherited by Yahweh as His own earthly family. Immediately after Babel, Yahweh called Abraham, and the nation of Israel was created. Israel was, therefore “Yahweh’s portion” as illustrated in Deuteronomy 32:9, whereas all the other nations belong to the sons of God whom Israel was forbidden to worship. As a result, Israel was holy ground: the territory of every other nation was not. The rest of the Old Testament is the story of God’s intention to reclaim every nation on earth.

Elisha understood Naaman’s request and granted it without hesitation. He knew the request came from a sincere theological change of heart. Naaman believed and proclaimed in 2 Kings 5:15, “Now I know that there is no God in all the world except in Israel.” Naaman

wanted to return to his homeland with holy ground. Even though he would still have to help his aged king bow before Rimmon, Naaman wanted Elisha to know his heart belonged only to the God of Elisha.

Next Wisdom Wednesday we will continue with the Old Testament as we look at Dr. Heiser’s next essay titled, “1003 BC Census.” I believe you will find this another interesting topic to consider as we build our Biblical worldview. 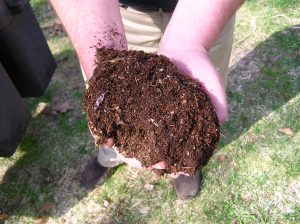 If you would like to listen to any of our past 910 treks or read the Wisdom Journal, they are available at Wisdom-Trek.com. I encourage you to subscribe to Apple Podcast or Google Play so that each day’s trek will be downloaded automatically.

Thank you so much for allowing me to be your guide, mentor, and most of all your friend as I serve you through this Wisdom-Trek podcast and journal. 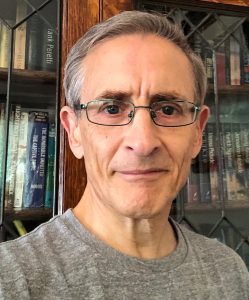