Welcome to Day 1151 of our Wisdom-Trek, and thank you for joining me.

Hello, my friend, I am Guthrie Chamberlain, your captain on our journey to increase wisdom and create a living legacy. Thank you for joining us today as we explore wisdom on our 2nd millennium of podcasts. This is Day 1151 of our trek, and it is Worldview Wednesday. Creating a Biblical worldview is important to have a proper perspective on today’s current events. To establish a Biblical worldview, you must also have a proper understanding of God and His Word.

On our Worldview Wednesday episodes, we are in a series in which we are covering another detailed review of a book from one of today’s most prominent Hebrew scholars Dr. Micheal S. Heiser. We are taking a deep dive and will share Dr. Heiser’s insights into the question, which is also the title of his book “What Does God Want?”

As was mentioned from Dr. Heiser in last week’s episode (Day 1146), the coming of the Holy Spirit was the fulfillment of the new covenant described by Jeremiah and Ezekiel (Jeremiah [31:31]-34; Ezekiel [36:22]-28). The Spirit’s ministry in each believer makes victory over depravity possible. Think of it as a slap in the face to the supernatural fallen sons of God. But it’s an even more direct assault on another set of supernatural villains.

The Spirit’s arrival to dwell within each Christ follower launched an infiltration campaign against the sons of God to whom God assigned the nations he divorced (Deuteronomy 32:8)—the supernatural beings who defected from serving God and became corrupt, abusing the people under their dominion (Psalm 82).

Jesus knew all that. We habitually miss it in our reading of the New Testament books that come after the resurrection starting in the book of Acts to the end, the book of Revelation.

· The Beginning of the End

Once when he was eating with them, he commanded them, “Do not leave Jerusalem until the Father sends you the gift he promised, as I told you before. John baptized with water, but in just a few days you will be baptized with the Holy Spirit.”

So when the apostles were with Jesus, they kept asking him, “Lord, has the time come for you to free Israel and restore our kingdom?”

He replied, “The Father alone has the authority to set those dates and times, and they are not for you to know. But you will receive power when the Holy Spirit comes upon you. And you will be my witnesses, telling people about me everywhere—in Jerusalem, throughout Judea, in Samaria, and to the ends of the earth.”

If you keep reading the book of Acts, it doesn’t take long to figure out what Jesus was forecasting. Once he leaves (Acts 1:9-11) the Spirit arrives in (literally) a blaze of glory in the next chapter.

On the day of Pentecost, all the believers were meeting together in one place.  Suddenly, there was a sound from heaven like the roaring of a mighty windstorm, and it filled the house where they were sitting. Then, what looked like flames or tongues of fire appeared and settled on each of them.  And everyone present was filled with the Holy Spirit and began speaking in other languages, as the Holy Spirit gave them this ability. 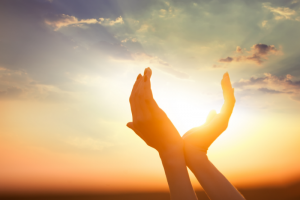 The rest of the account tells us that the Holy Spirit enabled the followers of Jesus to speak in all sorts of languages. They were telling the story of Jesus—his death and resurrection—to Jews from all over the world. “Jews” was the name given to the Israelites in foreign lands, who had been scattered all over the world in exile back in Old Testament times. The Jews who heard the followers of Jesus preaching to them in their own language were descendants of Old Testament Israelites. They had come to Jerusalem to celebrate one of the holy feasts on the old Israelite religious calendar.

The people in Jerusalem who knew who the followers of Jesus were thought the whole public display was drunken madness. It just wasn’t possible that all of a sudden these men could speak in other languages. But then the apostle Peter laid it all out for them. Honestly, did more than that —he let them have it. Let me read some excerpts in Acts [2:14]-19, 21-24, 33,

Then Peter stepped forward with the eleven other apostles and shouted to the crowd, “Listen carefully, all of you, fellow Jews and residents of Jerusalem! Make no mistake about this.  These people are not drunk, as some of you are assuming. Nine o’clock in the morning is much too early for that.  No, what you see was predicted long ago by the prophet Joel:

‘In the last days,’ God says,
‘I will pour out my Spirit upon all people.
Your sons and daughters will prophesy.
Your young men will see visions,
and your old men will dream dreams.
In those days I will pour out my Spirit
even on my servants—men and women alike—
and they will prophesy.
And I will cause wonders in the heavens above
and signs on the earth below—
blood and fire and clouds of smoke.

But everyone who calls on the name of the Lord
will be saved.’

“People of Israel, listen! God publicly endorsed Jesus the Nazarene by doing powerful miracles, wonders, and signs through him, as you well know.  But God knew what would happen, and his prearranged plan was carried out when Jesus was betrayed. With the help of lawless Gentiles, you nailed him to a cross and killed him. But God released him from the horrors of death and raised him back to life, for death could not keep him in its grip.

Now he is exalted to the place of highest honor in heaven, at God’s right hand. And the Father, as he had promised, gave him the Holy Spirit to pour out upon us, just as you see and hear today. 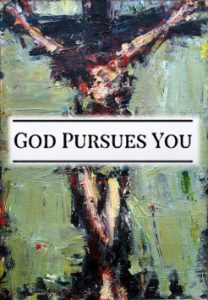 Peter was telling them what they were seeing with their own eyes, and hearing with their own ears, was a miracle caused by the arrival of the Holy Spirit of God. He told them God had sent his Spirit to tell them what had happened. The Messiah had come, been killed, had risen from the dead—and they needed to believe. The result of Peter’s explanation was stunning. Acts [2:41] says,

Those who believed what Peter said were baptized and added to the church that day—about 3,000 in all.

This is usually the point in the story where the preacher moves on (or backward) to talk about the cross. That’s all well and good since the cross and the resurrection had led to this moment. But again, we’re missing something very significant about the story. We will continue on with that significant portion of the story in next week’s episode.

That will conclude our lesson for this week from Dr. Heiser’s book “What Does God Want?” Next Worldview Wednesday, we will learn that God Holy Spirit, who indwells every Christ follower, was the secret weapon or the supernatural infiltrator, to bring all nations back to God.  I believe you will find each Worldview Wednesday an interesting topic to consider as we build our Biblical worldview. 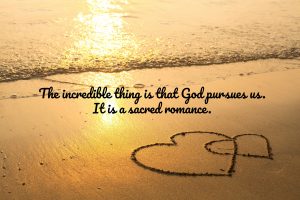 If you would like to listen to any of our past 1150 treks or read the Wisdom Journal, they are available at Wisdom-Trek.com. I encourage you to subscribe to Wisdom-Trek on your favorite podcast player so that each day’s trek will be downloaded automatically.

Thank you so much for allowing me to be your guide, mentor, and most of all, your friend as I serve you through the Wisdom-Trek podcast and journal.