Welcome to Day 1131 of our Wisdom-Trek, and thank you for joining me.

God Was Betrayed By His Family – Worldview Wednesday

Hello, my friend, I am Guthrie Chamberlain, your captain on our journey to increase wisdom and create a living legacy. Thank you for joining us today as we explore wisdom on our 2nd millennium of podcasts. This is Day 1131 of our trek, and it is Worldview Wednesday. Creating a Biblical worldview is important to have a proper perspective on today’s current events.

To establish a Biblical worldview, you must also have a proper understanding of God and His Word. On our Worldview Wednesday episodes, we are in a series in which we are covering another detailed review of a book from one of today’s most prominent Hebrew Scholars Dr. Micheal S. Heiser. We are taking a deep dive and will share Dr. Heiser’s insights into the question, which is also the title of his book “What Does God Want?”

God Was Betrayed by His Family 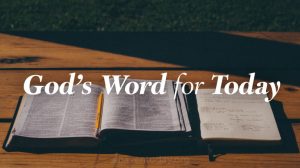 We first explored what God wanted, which was us as His human family. After that, we explored in-depth three different rebellions involving both His human and supernatural family. We learned last week that God set aside a nation of humankind from which His human family would be manifested. This was completed through the covenant He made with Abraham and Sarah, which became the nation of Israel. The history of biblical Israel was a long, meandering affair filled with both triumph and tragedy. God wasn’t surprised. He knew what to expect with people. He’d always known what he was dealing with.

· Wearing Out Your Welcome

God let Abraham know that the future of his descendants was going to be difficult. He was honest. He gave Abraham some bad news, and also some hope in Genesis 15:13, “Then the Lord said to Abram, ‘You can be sure that your descendants will be strangers in a foreign land, where they will be oppressed as slaves for 400 years. But I will punish the nation that enslaves them, and in the end, they will come away with great wealth.’”

Sure enough the descendants of Abraham, now led by his grandson, Jacob, whose name God changed to “Israel,” eventually wound up in Egypt under the thumb of Pharaoh (Exodus 1). They’d gone there with God’s approval to avoid a famine (Genesis 45:5-11). Where they went wrong was that they didn’t return to the land God had given to them after the famine was over. They stuck around in Egypt way too long.

While in Egypt, the Israelite nation grew numerically, so much so that Pharaoh got paranoid about being able to stay in charge of the country (Exodus 1:8-10). He put them to forced labor and exterminated new babies if they were boys (Exodus [1:14]-16). But God intervened and made them grow even stronger (Exodus 1:8-21).

All told, Israel remained four centuries in Egypt under harsh conditions. Eventually, God intervened and preserved the life of a baby boy named Moses. God engineered circumstances so that the baby was raised in Pharaoh’s own house, right under his nose (Exodus 2:1-10). Moses led a life of privilege but one day committed a capital offense, murdering a man in a fight that began as a defense of a helpless Israelite. He fled Egypt to escape justice.

Moses found a new life in a desert place called Midian. God met him at Mount Sinai in a burning bush, an encounter that would change the history of his people and the world (Exodus 3:1-15). God sent Moses back to Egypt to confront Pharaoh. He was to demand the release of God’s people. God promised to protect Moses and empower him (Exodus [3:16]-22).

The rest of the story is one of the most famous in the world. Even if you’ve never read the Bible, you’ve probably heard of it or seen one of the movies about it. God sent plagues against Egypt and its gods when Pharaoh refused to let the Israelites go (Exodus 7-12). God used Moses to force the release of multitudes of Israelites from Egyptian bondage. He parted the Red Sea to save them when the Egyptians decided to chase them into the desert to slaughter them (Exodus [13:17] through Exodus 14). The crossing of the Red Sea is far and away the most spectacular miracle of the Bible. But it wasn’t showmanship. It was about preserving a people. God wanted his family. 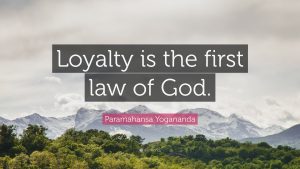 Eventually, God brought his people back to the place where he had originally spoken to Moses. There he gave the Israelites his laws represented in the Ten Commandments. He has already made a covenant with them through Abraham. It’s important to realize that Israel was already God’s people before the Ten Commandments were given. God had referred to the people as his family when Moses confronted Pharaoh (Exodus 3:7,10; [4:23]; 5:1; 6:7; 7:4). The laws weren’t about earning a place in God’s family. Israelites were already God’s family.

We need to unpack this distinction. It’s pretty important. Rather than earning a place in God’s family, God gave his people laws to show they wanted to be in the family. God’s laws were about showing God they weren’t going to be disloyal and align themselves with some other god. Being loyal believers would allow God to use the Israelites to minister to all the other nations like “a kingdom of priests” (Exodus 19:5-6). God wanted humanity in his family. He was starting with one group—Israel. If they were loyal believers, they would be a blessing to all the other nations (Genesis 12:3).

There’s one more angle to understanding this covenant. God’s laws also weren’t about being good enough to make God love them. God already loved Israel (Deuteronomy 7:7-8). He had supernaturally enabled the elderly Abraham and Sarah to have a child from which Israel, in time, would come. Having a family was the whole point. God didn’t create a list of rules so they’d qualify as family. They were his family. God’s laws were designed to help his children avoid other gods and live happy, peaceful lives with one another, not to improve God’s disposition toward them.

True to form, God would not dismiss their free will. He just asked that they believe in him—who he was and that he had created them out of love —and forsake all other gods. Any member of Israel could forsake God’s love if they wanted. They could choose not to believe. They could choose to worship some other god. As we’ll see, many did just that. 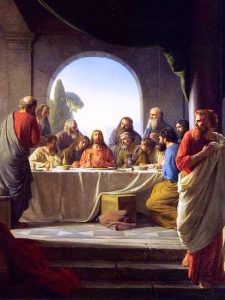 Once the Israelites left Mount Sinai (where God gave them the law), God led them in the form of a man (an angel) to the Promised Land. This is found in Exodus 23:20-23 and Judges 2:1. I will read the Exodus passage, “’See, I am sending an angel before you to protect you on your journey and lead you safely to the place I have prepared for you.  Pay close attention to him, and obey his instructions. Do not rebel against him, for he is my representative, and he will not forgive your rebellion.  But if you are careful to obey him, following all my instructions, then I will be an enemy to your enemies, and I will oppose those who oppose you. For my angel will go before you and bring you into the land of the Amorites, Hittites, Perizzites, Canaanites, Hivites, and Jebusites, so you may live there. And I will destroy them completely.’”

That will conclude our lesson for this week from Dr. Heiser’s book “What Does God Want?” Next Worldview Wednesday, we will continue with the nation of Israel as we explore their downward spiral and the final betrayal. I believe you will find each Worldview Wednesday an interesting topic to consider as we build our Biblical worldview.

Tomorrow we will continue with our 3-minute humor nugget that will provide you with a bit of cheer and help you lighten up and live a rich and satisfying life. So encourage your friends and family to join us and then come along with us tomorrow for another day of our Wisdom-Trek, Creating a Legacy. 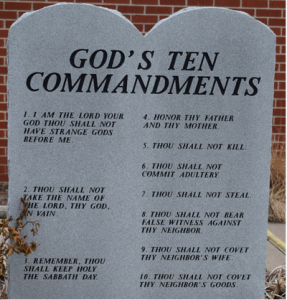 If you would like to listen to any of our past 1130 treks or read the Wisdom Journal, they are available at Wisdom-Trek.com. I encourage you to subscribe to Wisdom-Trek on your favorite podcast player so that each day’s trek will be downloaded automatically.