Welcome to Day 1116 of our Wisdom-Trek, and thank you for joining me.

Wisdom – the final frontier to true knowledge. Welcome to Wisdom-Trek! Where our mission is to create a legacy of wisdom, to seek out discernment and insights, and to boldly grow where few have chosen to grow before.

Hello, my friend, I am Guthrie Chamberlain, your captain on our journey to increase wisdom and create a living legacy. Thank you for joining us today as we explore wisdom on our 2nd millennium of podcasts. This is Day 1116 of our trek, and it is Worldview Wednesday.

Creating a Biblical worldview is important to have a proper perspective on today’s current events. To establish a Biblical worldview, you must also have a proper understanding of God and His Word. In our Worldview Wednesday episodes we are in a series in which we are covering another detailed review of a book from one of today’s most prominent Hebrew Scholars Dr. Micheal S. Heiser. We are taking a deep dive and will share Dr. Heiser’s insights into the question, which is also the title of his book, “What Does God Want?”

Last week we learned that Dr. Heiser made the point that God equipped people to image him on earth. He did that by sharing his attributes (his qualities and abilities) with them. As wonderful as that was (and is), it’s where things get interesting, and scary. One of God’s qualities is freedom, what we often call free will. If you’ve ever wondered why there’s evil in the world, here’s the Bible’s answer.

There were three significant rebellions found in the Bible that changed the course of earth and heaven. This week we will look at the first of those rebellions.

When God made the decision to share his attributes with his children, he knew what it meant. God knows everything, so he understood clearly what would happen. God had made the same decision earlier with the heavenly family he had created (whom we think of as angels). They have abilities like intelligence and freedom, too. They got those gifts from their Creator.

Sooner or later God knew that his gifts would be either misused or abused. He knew full well that, though his children (in the spiritual world and on earth) were like him, they were not him. They were less than him. They were imperfect, whereas he is perfect. At some point one (or more) of his children would either make a horrible mistake or act in thoughtless self-interest, rebelling against something God wanted to be done (or not done).

That’s precisely what happened in the Garden of Eden. Adam and Eve rebelled. They violated God’s command to not eat from one of the trees in the garden. They sinned and lost eternal life in God’s presence. Every human born thereafter was born outside Eden, estranged from God. The apostle Paul summed it up well in Romans 6:23, “For the wages of sin is death, but the free gift of God is eternal life through Christ Jesus our Lord.” 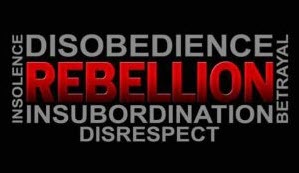 That tragedy was brought on by an even earlier rebellion. We do not know at what point in eternity past this earlier rebellion occurred, or whether it was because of the jealousy from God creating a human family. One of God’s supernatural children decided to dishonor God’s decision to have a human family by tempting Eve, hoping God would destroy her and Adam. He came to Eve in the form of a serpent (Genesis 3:1-7). The Bible refers to the serpent as Satan and the Devil (Revelation 12:9). He succeeded in getting Eve to sin, but failed when it came to getting rid of humanity permanently.

There are some deep truths here…the first of which answers a question everyone asks at some point in life: Why is there evil in the world? Evil exists in the world because God decided he wanted to create beings like himself. I don’t mean that God has an evil side. Rather, I mean that God rejected the idea of creating humans as robots or pre-programmed computers made of flesh.

That last point is important. Our likeness to him had to be authentic. Without the genuine freedom to make real decisions, we simply would not be like God. God is no robot, and we were made to be like him. Without genuine free will, we cannot authentically love God or obey God. If decisions are pre-programmed, they aren’t really decisions. For decisions like love and obedience to be authentic, they must be made against a truly possible alternative.

The result of all this is that evil exists because people abuse God’s wonderful gift of freedom and use it for self-gratification, revenge, and the mirage of autonomy. This abuse began in Eden.

But God was not taken by surprise. He did not create evil, but he had anticipated evil. He foresaw what would happen and based on that foreknowledge He planned accordingly. God did not destroy his human children for their rebellion. Instead, he would forgive and redeem them. The Bible makes it clear that God saw what was coming and had a plan of forgiveness and salvation in place before the rebellion even happened—from “the foundation of the world” to be precise. Ephesians 1:4 says, “Even before he made the world, God loved us and chose us in Christ to be holy and without fault in his eyes.” Also check out Hebrews [9:26]-10:7 and I Peter [1:20].

The plan of salvation would ultimately require God becoming a man. We’ll get to that part of the story in subsequent weeks. But long before that climactic event, there was a price to pay for what happened in Eden. God banished Adam and Eve and, therefore, their descendants from his presence. Eden, the earthly dwelling place of God, was no more. Instead of eternal life with God their father, humanity would now look forward to death as we are told in Romans 5:12, “When Adam sinned, sin entered the world. Adam’s sin brought death, so death spread to everyone, for everyone sinned.” That’s what separation from the source of life, God, ultimately costs. 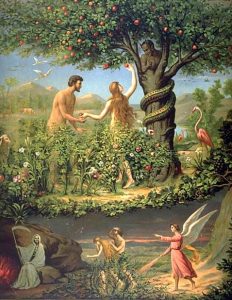 In effect, God kicked his children out of his house. But that was a better outcome than what the serpent had hoped for, which was complete human destruction. God wasn’t giving up on his plan to have a human family, but rebellion had a cost. God also punished Satan. Having brought death into God’s world, he became lord of the realm of the dead, what would later become known as hell.

God had no backup plan. You might wonder at this point why God didn’t just scrap the whole plan for having a human family. After all, God allowed free will, knowing it would lead to sin and thousands of years of human misery in the form of violence, neglect, selfishness, and a host of other awful things humans are capable of inflicting on one another. Perhaps your own suffering, or the suffering you see all around you, might even make you wish God had just destroyed everything.

Believe it or not, God understands that feeling. He sees the evils you see and infinitely more. None of it is the way he wanted things. But, you say, he’s God, can’t he just overrule all of it? It’s not that simple. Think about it. God can only eliminate evil in our world if he eliminates all the ones who do evil. In other words, God can only end evil if he wipes out all of us. Everyone sins (Romans 3:10-12) and, like the Bible says in Romans 3:23,“For everyone has sinned; we all fall short of God’s glorious standard.” So sure, God could do that. But he doesn’t. He loves humanity too much for that to be an option.

All this boils down to an amazing truth…While God knew what making us like him would lead to, the result was preferable to not having a human family at all. God sees the sin and misery in our world and knows its cause. It hurts him. God is so consumed with love for his human children that he will not turn away from his original ambition. There’s no plan B. There is only Plan A. Despite foreseeing the rebellion that would come in Eden and all the failures and sins that would follow, including our own, God still longs for a human family.

What happened in Eden was only the beginning of the story. God had kicked Adam and Eve out of his house (Genesis [3:22]-24). He cursed the serpent (Genesis [3:14]-15) and cast him away from his presence (Isaiah [14:12]-15; Ezekiel [28:16]). The message was forceful and simple: rebellion would be punished. You’d think everyone would get the message. Not so. We will see next week that things got even worse.

That will conclude our lesson for this week from Dr. Heiser’s book What Does God Want? Next Worldview Wednesday we will discover that God still wanted both a human family and supernatural family, even after they both crossed the threshold of a more radical rebellion.  I believe you will find each Worldview Wednesday an interesting topic to consider as we build our Biblical worldview. 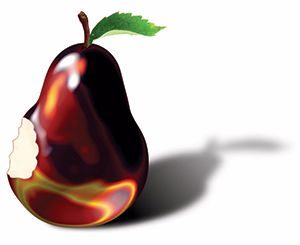 If you would like to listen to any of our past 1115 treks or read the Wisdom Journal, they are available at Wisdom-Trek.com. I encourage you to subscribe to Wisdom-Trek on your favorite podcast player so that each day’s trek will be downloaded automatically.