Welcome to Day 896 of our Wisdom-Trek, and thank you for joining me.

Thank you for joining us for our five days per week wisdom and legacy building podcast. Today is Day 896 of our trek, and it is Wisdom Wednesday. Creating a Biblical worldview is important to have a proper perspective on today’s current events. To establish a Biblical worldview, it is required that you also have a proper understanding of God’s Word.

Especially in our western cultures, we do not fully understand the Scriptures from the mindset and culture of the authors. In order to help us all have a better understanding of some of the more obscure passages in God’s word, we are investing Wisdom Wednesday reviewing a series of essays from one of today’s most prominent Hebrew Scholars Dr. Micheal S. Heiser. He has compiled these essays into a book titled I Dare You Not to Bore Me with the Bible.

We are broadcasting from our studio at The Big House in Marietta, Ohio. God is omniscient, which means He knows everything before it takes place. There are several passages in the Bible, though, that describe God consulting with His heavenly court, referred to as His armies in today’s passage, and allowing their input in the means to a predetermined outcome. Today’s essay explores one such incident as we will focus on… 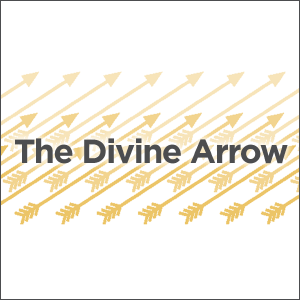 For three years there was no war between Aram and Israel. Then during the third year, King Jehoshaphat of Judah went to visit King Ahab of Israel. During the visit, the king of Israel said to his officials, “Do you realize that the town of Ramoth-Gilead belongs to us? And yet we’ve done nothing to recapture it from the king of Aram!”

Then he turned to Jehoshaphat and asked, “Will you join me in battle to recover Ramoth-Gilead?”

Jehoshaphat replied to the king of Israel, “Why, of course! You and I are as one. My troops are your troops, and my horses are your horses.” Then Jehoshaphat added, “But first let’s find out what the Lord says.”

So the king of Israel summoned the prophets, about 400 of them, and asked them, “Should I go to war against Ramoth-Gilead, or should I hold back?”

They all replied, “Yes, go right ahead! The Lord will give the king victory.”

But Jehoshaphat asked, “Is there not also a prophet of the Lord here? We should ask him the same question.”

The king of Israel replied to Jehoshaphat, “There is one more man who could consult the Lord for us, but I hate him. He never prophesies anything but trouble for me! His name is Micaiah, son of Imlah.”

Jehoshaphat replied, “That’s not the way a king should talk! Let’s hear what he has to say.”

So the king of Israel called one of his officials and said, “Quick! Bring Micaiah, son of Imlah.”

King Ahab of Israel and King Jehoshaphat of Judah, dressed in their royal robes, were sitting on thrones at the threshing floor near the gate of Samaria. All of Ahab’s prophets were prophesying there in front of them. One of them, Zedekiah son of Kenaanah, made some iron horns and proclaimed, “This is what the Lord says: With these horns you will gore the Arameans to death!”

All the other prophets agreed. “Yes,” they said, “go up to Ramoth-Gilead and be victorious, for the Lord will give the king victory!”

Meanwhile, the messenger who went to get Micaiah said to him, “Look, all the prophets are promising victory for the king. Be sure that you agree with them and promise success.”

But Micaiah replied, “As surely as the Lord lives, I will say only what the Lord tells me to say.”

When Micaiah arrived before the king, Ahab asked him, “Micaiah, should we go to war against Ramoth-Gilead, or should we hold back?”

Micaiah replied sarcastically, “Yes, go up and be victorious, for the Lord will give the king victory!”

But the king replied sharply, “How many times must I demand that you speak only the truth to me when you speak for the Lord?”

Then Micaiah told him, “In a vision, I saw all Israel scattered on the mountains, like sheep without a shepherd. And the Lord said, ‘Their master has been killed. Send them home in peace.’”

“Didn’t I tell you?” the king of Israel exclaimed to Jehoshaphat. “He never prophesies anything but trouble for me.”

Then Micaiah continued, “Listen to what the Lord says! I saw the Lord sitting on his throne with all the armies of heaven around him, on his right and on his left. And the Lord said, ‘Who can entice Ahab to go into battle against Ramoth-Gilead so he can be killed?’

“There were many suggestions, and finally a spirit approached the Lord and said, ‘I can do it!’

“‘How will you do this?’ the Lord asked.

“And the spirit replied, ‘I will go out and inspire all of Ahab’s prophets to speak lies.’

Then Zedekiah son of Kenaanah walked up to Micaiah and slapped him across the face. “Since when did the Spirit of the Lord leave me to speak to you?” he demanded.

And Micaiah replied, “You will find out soon enough when you are trying to hide in some secret room!”

“Arrest him!” the king of Israel ordered. “Take him back to Amon, the governor of the city, and to my son Joash. Give them this order from the king: ‘Put this man in prison, and feed him nothing but bread and water until I return safely from the battle!’”

But Micaiah replied, “If you return safely, it will mean that the Lord has not spoken through me!” Then he added to those standing around, “Everyone mark my words!”

Few characters in the Bible are as maligned for their wickedness as King Ahab of Israel. While Ahab’s predecessors “did evil in the sight of the Lord,” Ahab had an agenda. In 1 Kings 16:33 we are told, “He did more to provoke the anger of the Lord, the God of Israel, than any of the other kings of Israel before him.”

Ahab’s rule includes Baal worship, forbidden foreign covenants (Syria) and foreign alliances (married Jezebel), and the murder of Naboth. As we read in the l Kings 22, the prophet Micaiah warns Ahab of his impending fate. This isn’t run-of-the-mill prophecy. It’s mixed with a vision of how God came to the final details of His decision: a divine boardroom discussion.

The 12 tribes of Israel had been split into two kingdoms for a century by the time Ahab took the throne (869 BC). Ahab ruled the northern kingdom (called Israel or Ephraim), which often fought with the southern kingdom, Judah. After peace reigned between Israel and Judah for three years, Ahab decided he wanted to capture the city of Ramoth in Gilead from the Arameans. He asked Jehoshaphat, the king of Judah, for military assistance.

Jehoshaphat agreed to the battle for political reasons, but he wanted assurance that God was in the endeavor by summoning a known prophet of God.  The 400 prophetic yes-men Ahab consulted endorsed the idea, but Jehoshaphat wanted another opinion. Ahab agreed to summon Micaiah, the prophet of Yahweh, though he openly admitted to hating him. The real prophet of Yahweh never had anything positive to say about the ungodly Ahab and his rule.

At first, Micaiah sarcastically told Ahab that God loved the plan, but Ahab saw through his mockery. Apparently, this was not the first time as is recorded in verse 16, “How many times must I demand that you speak only the truth to me when you speak for the Lord?” Micaiah

proceeded to tell Ahab he was about to meet his Maker, so chances are good he wanted Ahab to go through with the battle, knowing the end result.

Rebuked by Ahab, Micaiah holds nothing back, revealing to Ahab and to us the inner workings of God’s high counsel as we read above.

The vision-prophecy shows God had decreed it was time for Ahab to die, but He allows the members of the divine assembly to weigh in on Ahab’s death. Nothing in the passage compels us to conclude that the omniscient God needed input, but he requested it. Ahab’s death was fixed and determined, but the Lord allowed the divine beings in His presence to decide on his mode of departure. This is consistent with other passages, such as Daniel [4:17]-26, where a decision from heaven is described as both the decree of the Most High and a decree of the His high counsel referred to in Daniel as the “watchers or the holy ones who work for God.”

Despite Micaiah’s warning, Ahab and Jehoshaphat go into battle. Ahab opts to disguise himself as an ordinary soldier, but his ruse fails. 1 Kings 22:34 tells us how Ahab dies, “An Aramean soldier, however, randomly shot an arrow at the Israelite troops and hit the king of Israel between the joints of his armor. ‘Turn the horses and get me out of here!’ Ahab groaned to the driver of his chariot. ‘I’m badly wounded!’” 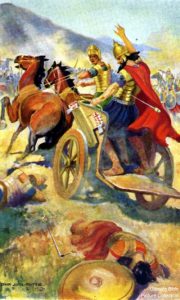 He dies shortly after that, and in the larger scheme we know it’s not random at all, but part of the decision made by God with the input of His divine counsel.

Next Wisdom Wednesday we will continue with the Old Testament as we look at Dr. Heiser’s next essay titled “Promised Undelivered.” I believe you will find this another interesting topic to consider as we build our Biblical worldview.

Tomorrow we will continue with our 3-minute humor nugget that will provide you with a bit of cheer and help you to lighten up and live a rich and satisfying life. Encourage your friends and family to join us and then come along with us tomorrow for another day of our Wisdom-Trek, Creating a Legacy. 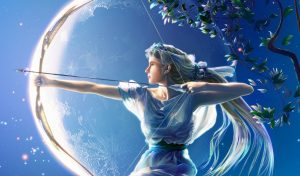 If you would like to listen to any of our past 895 treks or read the Wisdom Journal, they are available at Wisdom-Trek.com. I encourage you to subscribe to Apple Podcast or Google Play so that each day’s trek will be downloaded automatically.